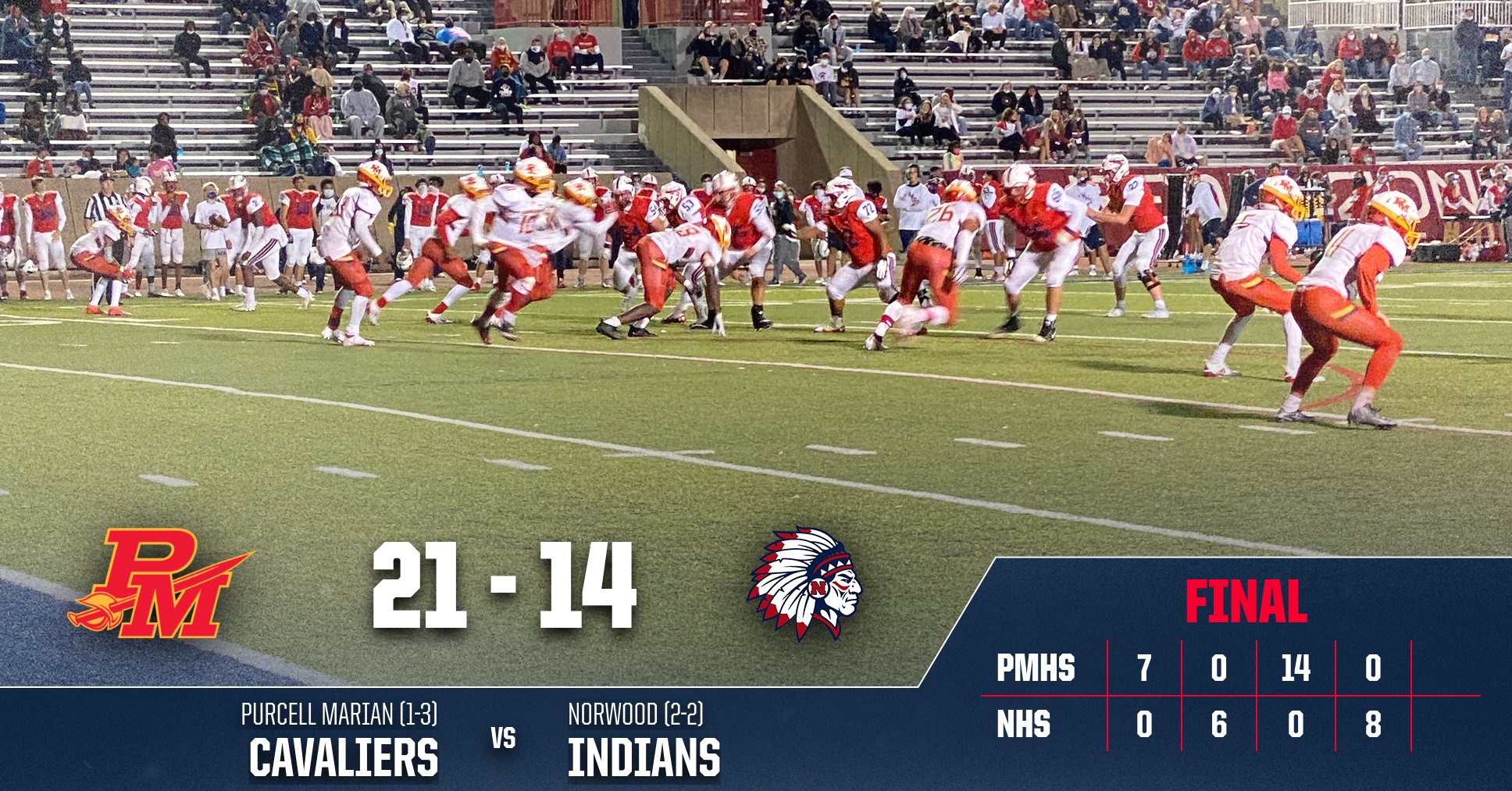 After a rough start to the season, the Cavs earned their first win of the season by beating Norwood to retain the Mayor’s Cup.

RB Elijah Gay (‘23) led the way with 149 yards rushing and a touchdown. The offense put up season highs in all yardage categories. The Defense put on a clinic with 5 INTs and several sacks by Jeremiah Jackson (’21) and company.

The Cavs face off vs. Summit Country Day on Friday, September 25 at 7p. The game will be streamed on Twitch at twitch.tv/pmcavs.

No Events This Week

Events are added by athletic staff.
View All Events